The Social Democrats USA has a rather decentralized organizational structure in which state and local affiliates are free to set their own policies and political initiates as long as these do not violate the principles or clear national policies of the National organization. Since all the political work of an effective organization will ultimately have to be done locally it makes sense that a lot of autonomy exist at the level. As David Hacker in his Manifesto states:

“Our conception of the SD will be …. completely in accord with an organization that espouses social and political democracy from the bottom up. We believe that a group cannot advocate democracy until it first practices it in the structure and internal life of the organization. Therefore, the revived SDUSA will be a decentralized organization with the emphasis on the growth of local and state affiliates. Moreover, each State organization will decide where to place its political priorities. The members of one state or local organization of the SDUSA can, for example, decide at their own convention, to reestablish the state body as a political party, using the name Social Democratic Party or Socialist Party of that respective state, to run a candidate or candidates on its own ballot line for local winnable political offices. On the other hand, the members of another State organization of the SDUSA, or Local could vote to work with the labor movement and other progressives in the Democratic Party, carrying out the old realignment strategy. The national office would not be allowed to interfere with the political strategy decisions of the state or local organizations, unless they violate the provisions of the SD’s constitution or Statement of Principles.”

This decentralized nature of the SDUSA which hopefully will promote a harmony within the SDUSA is which is lacking within most other political organizations. We believe that this way of doing politics may lead to better political result than the older model of ideological uniformity practices by most other organizations.

Patty has a long history with Social Democrats USA, dating back to the early 70’s. She was an assistant in the California office. She is active today in the Los Angeles area, running an organization that finds housing for single women in desperate situations.

Rick has held leadership positions in various corporate and community

organizations and in 2009 was elected Councilman in the Borough of Carnegie, near Pittsburgh, where he is serving his third term. During the early 1990′s he served as president of the Northwest Airlines Foremen’s Association, a labor organization. Today he runs a small consulting business which focuses on aircraft technical training.  He sits on the Carnegie Democratic Committee and is a past Chair. Rick is a former Marine and is an active member of several veterans organizations.

Michael Mottern was raised in a working class military family. Despite having severe 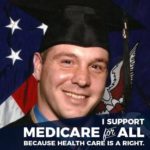 dyslexia, Michael holds an undergraduate degree in history from Buffalo State College in Buffalo, New York. He was a substitute teacher in North Tonawanda, NY from 2010-12, and was a member of the NTSTA. From there on he went to protest and camp at the Occupy Buffalo Encampment in the fall of 2011, “The Year of the Protester.”

Michael’s politics are clearly aligned with the working class, but he has an aversion to the far left because his great grandfather, an Estonian, died in the Soviet gulag. His father’s father Frank H. Mottern was in the CCC, (Civilian Conservation Corps) and was a member of the United Auto Workers union. Michael is a past member of DSA & SPUSA, but finds Social Democrats USA a better fit. Michael sits on the endorsement committee of the Working Families Party in WNY. He hopes that his work in the SD will help preserve the legacy of Eugene Debs.

Having joined SD USA in 2016 after having been with  DSA,  Sheldon Ranz is a budget manager with the NYC Department of Homeless Services,  free-lance political writer and activist with Decrim-NY. His writings for Jewish Currents and New Politics and his 1980s / 1990s WBAI radio programs have explored themes ranging from innovative solutions for a just and lasting peace between Israel and Palestine to connections between the sex industry and prophetic Jewish dissent.  He organizes SD USA’s activities at the Left Forum and serves as its liaison to Adalah-NY.  He is the editor of the SD USA blog, Socialist Currents.

International Department: all overseas contacts should reach us at sdusainternational@gmail.com